D3DA (Dirty 3D Acousmonium) is a spatial audio system inspired by The Acousmonium - a sound diffusion system designed in 1974 by Francois Bayle (GRM). D3DA consists of a number of realizations - the latest is a 32-channel speaker system developed specifically for Dome of Visions in Aarhus, Denmark - a collaboration between Rasmus Lunding and Kasper Fangel Skov.

Read an article about D3DA on Dome of Visions' website (in Danish).

First and foremost the software consists of an audio engine that calculates the distance between sound sources and speakers within a virtual three-dimensional space. The virtual space represents the physical space in which the system lives.

Secondly, sound source positions and movement trajectories are created via D3DA_sources. It is furthermore possible to send OSC (Open Sound Control) data to control the XYZ position of sound sources. This allows users to develop and experiment with custom hardware and software controllers.

As a starting point I have developed a custom Lemur interface for iPad, which allows the user to move sound sources spatially in real-time. 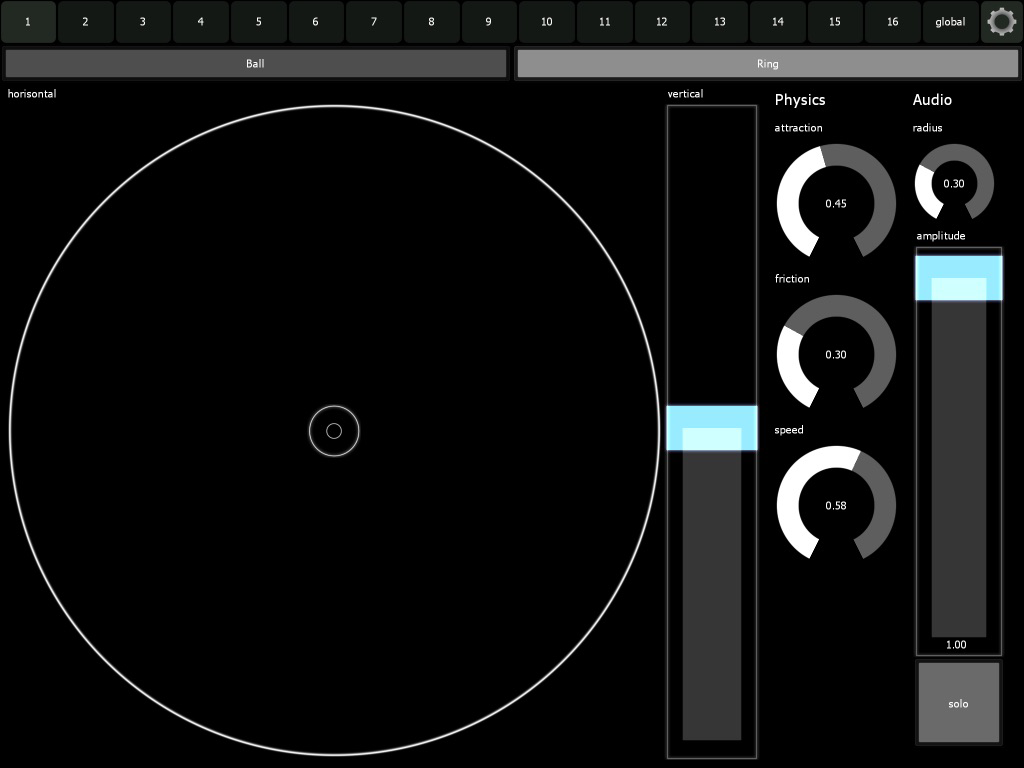 Ableton Live and Max for Live

The final part of the D3DA software consists of a Max for Live integration which bridges Ableton and the standalone D3DA_engine enabling Ableton users to compose and perform with three-dimensional space. 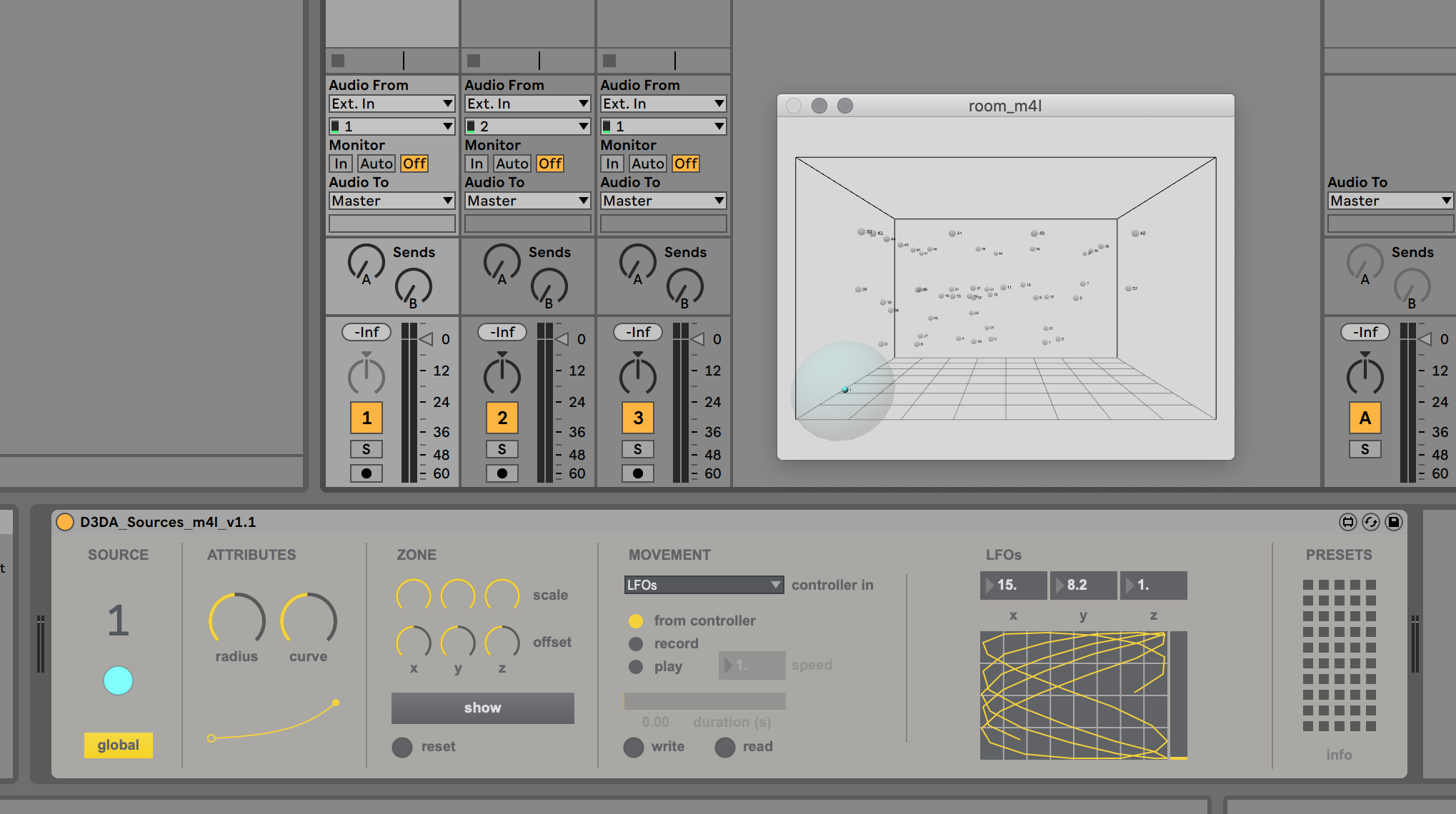 All software is created with Max 8 (Cycling '74), Max for Live, and Lemur for iPad.