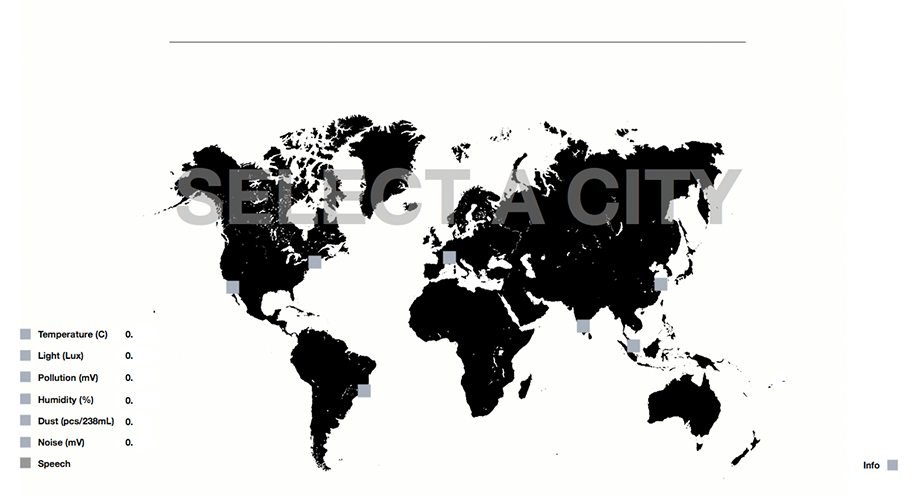 sonic particles 2.0 is a real-time sonification of urban environmental data. It was created as part of the international data visualization challenge, Data Canvas: Sense Your City.

Prior to the challenge a network of sensors were spread out in seven cities across three continents. The network of open data provided by the DIY environmental sensors empowers citizens with real-time information about their surroundings.

sonic particles 2.0 translates the abstract environmental data into sound providing an aesthetic musical representation of differentiating urban environments. Each city has it's own unique ever-changing composition.

The DIY sensors is deployed by a community spread across 3 continents - in San Francisco, Bangalore, Boston, Geneva, Rio de Janeiro, Shanghai and Singapore. By selecting a city on the map you will hear the emerging composition. Every category of data will emerge one by one expressing the current temperature, light, pollution, humidity, dust and noise levels in that city.

The light level is represented by long resonant piano-like tones. The notes is randomly generated with a set of probability parameters. They are limited to major and minor scales. Furthermore, the notes will play in a low register when it is dark. When the light level increases the note register will increase and become lighter. The scale will likewise change from minor to major.

The level of harmfull gasses in the air is represented by a constant evolving drone. The harmonic parts of the drone will increasingly become non-harmonic as the level of gasses rise. The drone will make smooth transitions between the notes that correspond to step i and ii in the current playing scale.

The humidity level is represented by a physical modulation of water drops. The sound of the droplets will change and increasingly become wet and more frequent when the humidity rises.

The dust level is represented by a glitchy click sound, which makes randomly generated rhythmic elements. The sound will change it's timbre from very thin and almost unnoticeable clicks to voluminous and thick clicks as the dust level increases.

The noise level is represented by distant and reverberant city noises like traffic, construction work, pedestrians etc. Noises will increasingly interfere with the rest of the composition as the noise level increases.

Mute individual layers to zoom in and listen to specific ones.

Listen to excerpts from each city and watch screenshots of sonic particles 2.0 below.

Read more about Data Canvas: Sense Your City on: datacanvas.org 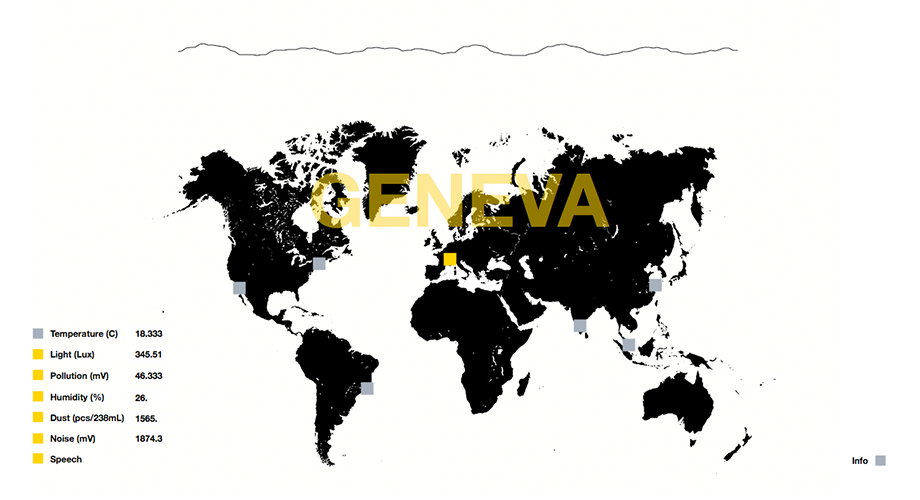 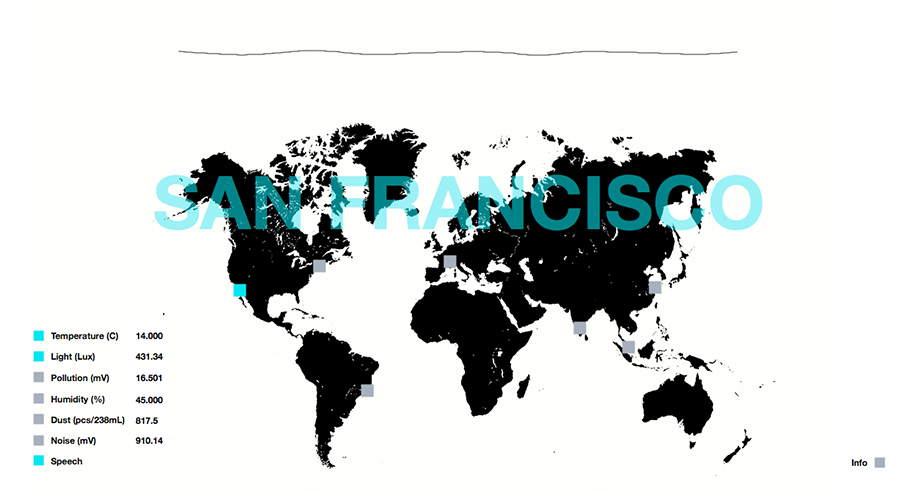 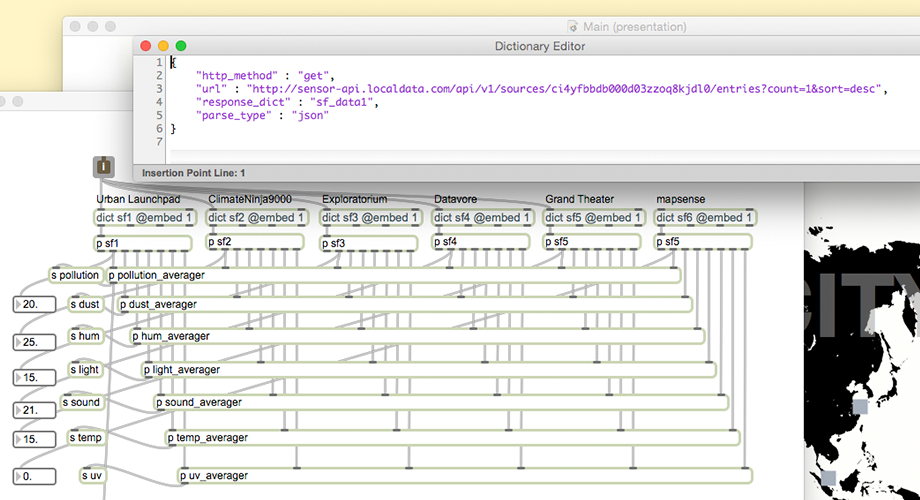 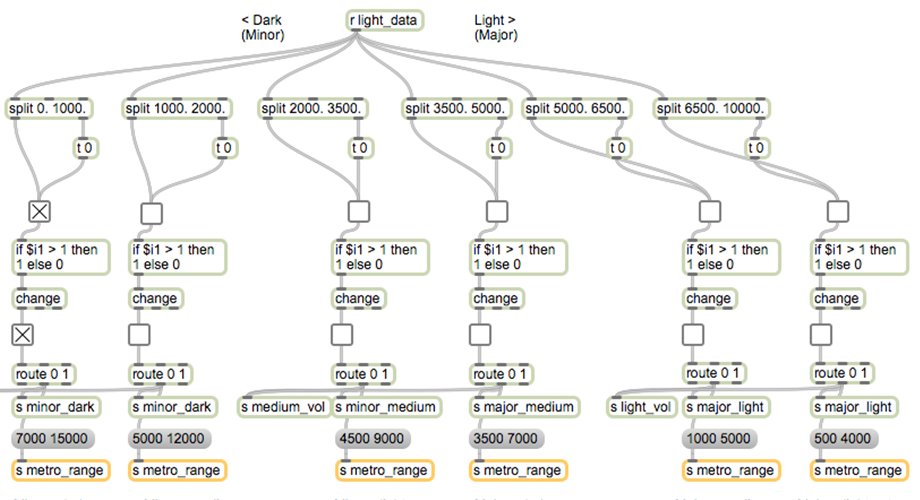